My Testimony of how Christ saved me!

1 Timothy 1:15-16 This is a faithful saying and worthy of all acceptance, that Christ Jesus came into the world to save sinners, of whom I am chief. However, for this reason I obtained mercy, that in me first Jesus Christ might show all long suffering, as a pattern to those who are going to believe on Him for everlasting life. 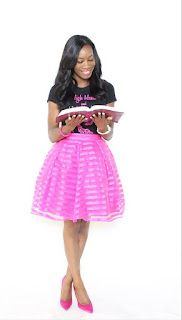 I was raised in the church and vividly remember talking about Jesus as a young girl. I repeated the "sinner's prayer" when I was 7 years old and was baptized. I made a profession of faith but nothing about me changed. I was sincere and repeated the prayer because I wanted to go to Heaven but I had no desire to know, honor, or obey God.  I was simply a false convert. Throughout my youth I continued to go to church and read my bible at times, but my heart was far from God. My future plans were to "live for Jesus" when I got much older but my current plans were to go off to college and get a taste of the world and all it had to offer!

I went off to college and did all the things my sinful heart desired. I attended Albany State University, a HBCU that was known for partying. I partied hard the first few years of my life and indulged in drunkenness, sexual sin  to fill my void with partying, drunkenness, and guys. I didn't know my worth  and allowed anything from guys. As a freshman, God was drawing me but I ignored Him. I went to bible study on campus but I lived like God didn't exist. I still thought I was a Christian because I repeated the "sinner's prayer" when I was younger, but my whole life contradicted what God's word said a true Christian was. I went to church when I was home, but my heart was so hardened I wasn't moved or phased by anything that was going on in church. I was living my own little double life. Pretending to be "mommy and daddy sweet angel" but behind their back doing the very things that I know they wouldn't condone. Now when you compared me to most girls my age, I was considered a "good girl" but compared to the word of God I was filthy and the little girl who grew up in church was on the way to hell! Sometimes we are so quick to compare ourselves to our friends and other people who call themselves "Christians" and think we are okay because they are doing the same things we are doing. But when we compare ourselves to the word of God we really see where we line up at! Our "little" sins is a BIG deal to God!

No one can come to me unless the Father who sent me draws him. And I will raise him up on the last day. (John 6:44)

I decided to move back home and take classes online until I graduated, and that was the best decision I made that year. I had to get away from that college lifestyle people were living. It's like once you get around a lot of sin you get desensitized to it, and the things you thought were abnormal have now become normal. God started drawing me like crazy and stripping things away from me. I was so broken, depressed, and empty. I ended the "situationship" that I was in and  made the vow in December 2011 that I would not have sex again until I was married.  I was tired of being hurt and misused by guys who didn't value me. I always knew that sex outside of marriage was a sin against God, but I ignored what God said because I loved my sin and pleasure more than I loved Him. The last time I went to the club I was actually sober (for the first time EVER lol). When you're intoxicated everything is exciting and fun, when you're sober you see everything clearly for what it was. On this day I saw clubbing exactly for what is was. I looked around with disgust realizing I didn't want to live my life like this is. I made up my mind in in April 2012 that I was done with clubbing and drinking.

Jesus answered him, “Truly, truly, I say to you, unless one is born again he cannot see the kingdom of God.” (John 3:3) 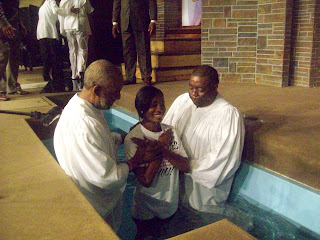 On May 27, 2012, the Lord graciously saved me.  For the first time in my life I met God's conviction for my sin..yet His love, grace, and mercy. I realized that I was a filthy sinner deserving of hell, and how undeserving I was of God's love and grace. Romans 5:8 came alive to me, "God demonstrates His love in this.  While I was yet a sinner Christ died for me!" On this day, I repented and believed on the Lord Jesus Christ. The weight of sin was lifted off of me and I saw the beauty in what Christ did on the cross for me. I weeped with joy! I was so self-deceived in the past, thinking I was saved because I was raised in the church, baptized and said the "sinner's prayer." In actuality, I had only recited a prayer and had gotten wet. There had been no conviction of sin, no repentance, no saving faith, and no regeneration. I was a FALSE CONVERT and my life proved it. I was not stun' God, I didn't care what His word said about how I lived, I didn't fear Him, honor Him and I didn't live according to His standards. I realized it wasn't enough to go to church, go through the motions, and profess Christ with my mouth while I denied Him with my life.

2 Corinthians 5:17 Therefore, if anyone is in Christ, he is a new creation. The old has passed away; behold, the new has come. 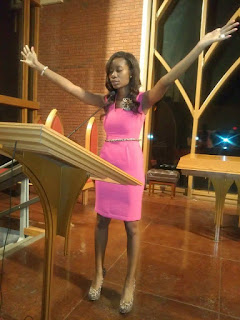 After Christ saved me, I had such a desperation and hunger to read His word and know Him. It's like the scales fell from my eyes and I begin to see clearly. I saw the state that the world is in, and how most people are lost and on the way to hell and don't even know it. I saw how deceitful sin was. I begun to hate the things of this world and love God and the things of God. I realized how vain the partying, drinking, pre-marital sex, and the overall pursuit of a life without God was. I wanted to please God with everything and I was willing to cut off anything and anyone to grow closer to Him. I didn't have any saved friends at the time, it was just me and God. The Lord begun to convict me about the godless music that I listened to and the shows I watched.  I begun to only feed my spirit with sermons, blogs, and Christian music. I also started listening to preachers like David Wilkerson and Paul washer who preaches the true unadulterated gospel of Jesus Christ. They really helped me to grow and understand so much about the gospel!

1 Timothy 4:12 Let no one despise you for your youth, but set the believers an example in speech, in conduct, in love, in faith, in purity.

I am Brittany Jay and my testimony continues...