If you are a woman who loves the Lord and desire to glorify Him in marriage, it's important that you know what to look for in a godly man. We must be reminded that just because someone is a Pastor, Minister, or faithful church goer doesn't make them a man of God. Being in the church doesn't save, being in Christ saves. Only when we have experienced the radical new birth are we able to by the power of the Holy Spirit live a godly life. The only difference between a godly man and worldly man is Christ. These are some traits to prayerfully look for as you look for a godly man. Most of all, we must look to God's word and get wise counsel. This blog isn't to say that all worldly men are this way, and all godly men are this way. This is just a blog written from my perspective!

A worldly guy's intentions are oftentimes very unclear. He may say all of the right things  but his actions differ. Depending on their age, many worldly men aren't interested in pursuing a monogamous relationship that leads to marriage. From the first few conversations you should be able to tell what they're about. If the ask you to come over and chill or bring up sex then this is a clear indicator of where he is. There may be men who are in the church but his conversations won't reflect that.

A man of God who is seriously looking for a wife should be very intentional, selective and prayerful in his pursuit. Godly men tend to watch how a woman serves, interacts with others, and how she deals with situations before approaching her.  They may even watch your social media.  A man of God knows that it takes more than good looks to make a good wife. He is looking for a help meet to fulfill God's purpose with. When he does approach a woman, he is very respectable and intentional in his pursuit. A godly man has no time to play games, he is on a mission and makes his intentions known upfront.

A worldly guy would have no problem trying to sleep with you before marriage. He wants little if any accountability. Forget about him agreeing to meet your Pastor or even your parents before he takes you out. He is afraid of commitment and meeting those people will scare him off. He doesn't want everyone's opinion and wants everyone in his "business." Marriage is not the goal, he just wants to date with the selfish goals of having fun and enjoying romantic attachments.

During courtship, the man after God's heart works at keeping you both pure because he honors you and God. He will be invested in getting you to grow in the Lord and will initiate prayer and lead bible study. He seeks the accountability and wisdom of their parents, other mentors, and Christians. He wants to truly get to know each other in a more platonic setting without the pressures of physical intimacy or emotions clouding their view. His goal is to seek to determine if it is God’s will for him to marry you.

Many worldly men want to avoid marriage as long as possible. Oftentimes, they only get married after being pressured to after shacking up after being with their girlfriend for many years. Most worldly men are in no rush to marry because they can have casual sex without marriage. By living with a girlfriend, they can enjoy all the benefits of a wife without having to say, "I do." This is a no-risk way to "test drive" marriage. They want to enjoy the single life as long as possible, especially as they become accustomed to having their own space and routines and not being responsible to anyone else. Their greatest fear is that marriage will require too many changes, compromises and responsibilities.


Godly men know that he who finds a wife, finds a good thing.(Proverbs 18:22) Godly men know the purpose of marriage. They are not afraid of commitment because they are committed to God. They are faithful to God, so they can be faithful to their wife.  If a man can honor the Lord with his body and practice self-control in singleness, you can trust him to honor his covenant and have self-control in marriage.


Worldly men are most times cocky and arrogant. They boast about their cars, money, accolades and temporal things that have no eternal value. Worldly men have no fear of God, if it's convenient he has no problem cheating. They can cheat on you and do whatever because it's all about them and their happiness. If someone better comes along, they would have no problem dropping you. Even though they may know a few scriptures they do not obey God's word, they do what is right in their own eyes. They are led by their flesh and temporal pleasures.Their love is shallow because how can they truly love you if they don't know the author of love, God. That's why you hear many of them say "they fell out of love" when the attraction and feelings wear off. He will tell you what you want to hear and lead you on to get what he wants. Most worldly men will not wait for sex until marriage because "he's a man he has needs!" Many worldly men may be very active in church but they have no passion for Christ, no depth in Christ, and his conversations are very shallow. A worldly guy has no depth in the word and he gets bored when you talk about the Lord. He will use excuses to justify his mistakes and he is stubborn in his ways and un-correctable. He will cause you relationship with Christ to dwindle.


Godly men are confident not cocky. They know who they are in Christ. They are not moved by what other men are doing. A man after God's heart fears the Lord and he's committed to you no matter what. He knows that God called him to love you as Christ loved His church and he will one day have to stand before Him and give an account. A man of God also has conviction from the Holy Spirit.  If he does step out of line (which Godly men do they aren't perfect) God will discipline Him and bring him unto repentance. Godly men will not tell you what you want to hear. They will try their best to protect your heart and not mislead you. Godly men are led by God and obey what the word of God says. He will not use excuses to justify his sinful ways, He will look to God for guidance. A man after God's heart is humble,teachable,passionate about God and actively studies the word. Or should be actively growing in these areas!

Worldly men are attracted to carnal things. They are attracted to your physical appearance, body, your lack of morals(so you can have sex with him), personality, education, and your body.Worldly men wants a woman who is in church like he is(that doesn't mean she's saved) but they can care less about how you are spiritually because he's not spiritual himself. Eternity is nowhere on his mind, only the temporal.Yeah your looks may be fascinating for the first few weeks, maybe even months but after that it gets really old. The attraction is all vain and based on carnal, superficial aspects.

Now I'm not going to say that Godly men don't care about looks and body because they do. Men are very visual, but he cares more about your spiritual then physical. A Godly man knows that Charm is deceitful and beauty is vain, But a woman who fears the LORD, she shall be praised. (Proverbs 31:30) Godly men are attracted to a woman's love for Christ, biblical way of dealing with development and growth, chastity and purity, your humble and submission, your devotion to the lord, your modesty, meekness, biblical womanhood and femininity, and self control. Her spirituality is preeminent because He knows that you won't look the same way in 30 years. He also knows that this will be the mother of his kids, and it's important that she has certain attributes to raise Godly kids.


The difference between a worldly man and a Godly man is that the worldly man desires to please himself more than anyone else. The Godly man desires to please God more than anyone else. The Godly man has given up his own desires and submitted himself to the will of God. He is more concerned with bringing glory to God through your relationship. It's not about perfection, it's about direction. Godly men are not perfect, but their heart is set on pleasing God.They are all a work in progress and have to grow & mature as we all do. We have to stop acting as if there is no difference between Godly men vs worldly men because there is. I love all the Godly men, I thank you all for showing me that all men are not the same. I thank you all for leading your families and loving your wives. Please feel  to write comments and let me know what you all think. Read Part 2 of Godly vs Worldly women http://brittmjay.blogspot.com/2015/01/worldly-women-vs-godly-women.html 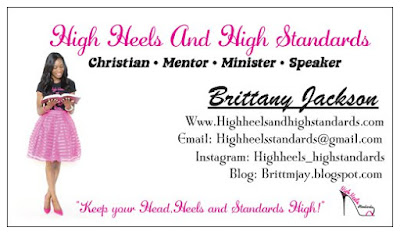